Taking the Colour of Tablets Seriously

Green was the colour of earlier medicines. Recipes were more for liquid preparations rather than solids.  Later plant powders or spices were mixed in and formed by hand to make little balls or pills.

In 1843 William Brockendon was granted a patent for a machine that was capable of compressing powder into a tablet without use of an adhesive.  Up until the middle of the 20th century colour was almost non-existent and pills were mainly white.

Today it is a very different world with colours such as cherry red, lime green and tangy yellow.  Gel capsules can be tinted to any 80000 colour combinations and tablets are consistently coloured in new and colourful coatings.

Tablets are prescribed for most disease conditions and are designed to meet patient’s requirements, but are classified broadly as, Compressed and Moulded tablets.

Based on surface coatings, tablets are divided into Film-coated tablets and Uncoated tablets (the routine tablets without colour.)  Then we find Fast-release, Regular-release, and Slow-release tablets, based on drug release profile,  while the administration route differentiates between oral, sub-lingual, chewable, effervescent, layered and implant tablets.

Although tablets differ in shape, use, colour, once swallowed, all are broken down or dissolved in body fluids and once released, it enters the blood and circulates to the whole of the body. 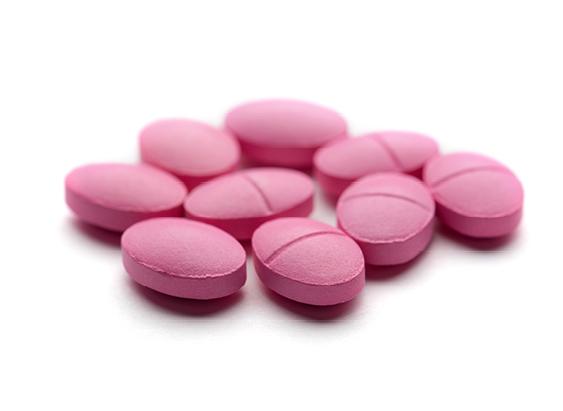 Tablets need to be coated to:

Like with any other product, colour does matter and has a huge influence on the way that a product is received by the market. Tablets have become more attracted with its vibrant colours and has indeed benefitted consumers as well as pharmaceutical companies in several ways.

Colourations depend on the physical properties of a product, the characteristics of the active ingredients, and the geographic region in which the product will be marketed.  Colour is needed for for identification of brand and muti-dosage regimes,the patient’s expectation of the flavour associated with the colour, quality perception and the prevention of counterfeit.

When colouring tablets three approaches can be used:

Uncoated tablets are coloured by adding insoluble pigments like iron oxides to the tablet base.  Due to the variables in a coating process, it is critical that everything needs to be controlled and correctly done to produce an aesthetically pleasing and functional tablet.  The incorrect selection of an enteric coating can account for an 80% loss in the availability of calcium and magnesium and should not be the first choice.  It is also critical to obtain the recommended weight gain on the cores for efficient functional coating.

The world of colour is tightly regulated with only certain colours, applications and dosages permitted.  Colour must conform to the latest legislation and must have a stable compound in a required application.

Being passionate about colour, Quantum Colours are successfully and widely used though out the pharmaceutical industry, offering a range of tablet coatings in both sugar and film coatings, and also supplying most of the market equivalents of tablet coatings based on PVA, HPMC and Metacrylic acid co-polymers.  With exceptional results using the PHARMASPEC ™ FC system, Quantum Colours  take film coating to the next level of effectiveness both from a cost and a quality point of view. 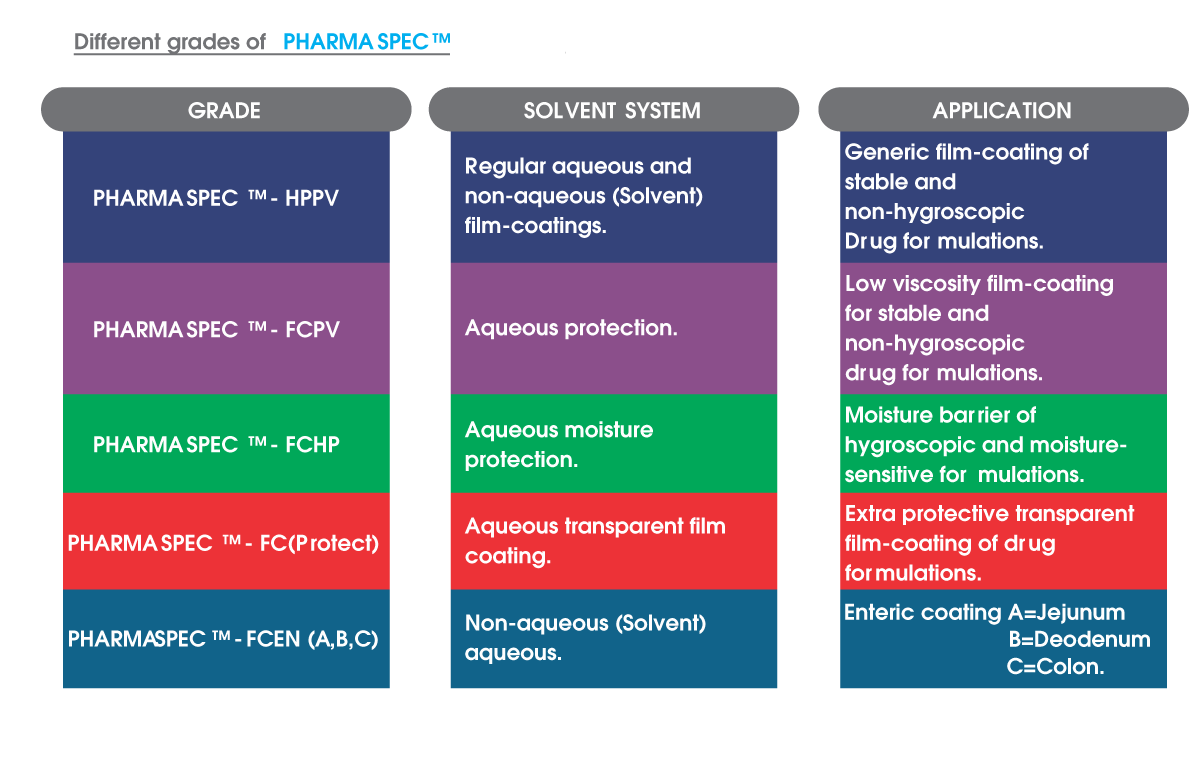 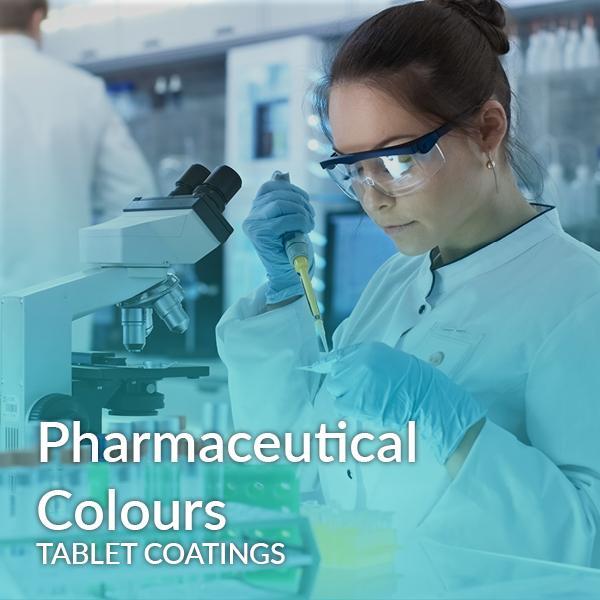 View our range of table coatings